How Do You Explore the Beach? On a Horse, of Course! Skip to content

How Do You Explore the Beach? On a Horse, of Course!

There are many relaxing ways to explore the beaches of the Tillamook Coast. But if you are looking for a bit more wind in your hair when you hit the beach, try horseback riding. With experienced outfitters ready to show you the ropes, riders of all ages and experience levels are finding it an adventurous way to channel their inner buckaroo.

For the past seven years, Judy Winters, owner of Oregon Beach Rides, has sent hundreds of riders out of Nehalem Bay State Park near Manzanita. “Horses have always been a big part of our family, and we love sharing it with other families” she says.

Winters, along with her son and Mike Hughes, enjoy making each horse ride on the beach unique. “Horseback riding on the beach is something that everyone has thought about at least once,” Hughes says. “We keep that in mind and try to make each ride special, whether it’s their first time or one hundredth.”

Winters adds that they are have horses for any comfort level, offering two Belgian draft horses for riders over 230 pounds, up to 290 pounds.

The family at Oregon Beach Rides hosts riders who have all sorts of reasons to climb into the saddle. “For many people it’s kind of a bucket-list item, something they’ve always wanted to do,” Hughes says. “Mostly, it’s because this area is so beautiful. Seeing it from a saddle gives it a whole new perspective.” It’s not uncommon for riders to see eagles, elk, and seals as they wind their way along the beach. “People see something new every trip out,” Hughes says.

Many experienced riders prefer the peaceful, natural setting that Oregon beaches provide over some of the more traditional rides.

“We’ve had guests who have ridden Yosemite and Yellowstone and say that riding on this beach is the best ride they’ve had,” Hughes says. “The weather is mild, the scenery is beautiful and it’s very relaxing.”

Besides the wildlife and the beautiful ocean and mountain views, taking a horseback ride on the beach carries a certain romantic appeal.

“Romance plays a big part in people wanting to ride on the beach,” Winters says. “A lot of people have seen it in the movies, which makes it even more appealing.”

Many people take the opportunity to make the moment last forever.

“We’ve had a lot of marriage proposals on our rides, especially the sunset rides,” Hughes said. “So far, we haven’t had one ‘no.'”

Horseback riding is an extremely family-friendly event, and the crew at Oregon Beach Rides agrees that nothing beats seeing a youngsters’ face light up the first time they are put in a saddle.

No matter where you come from, what age you are or if the only place you’ve ever seen a horse is on television, you owe it to yourself to add beach horseback riding to your Tillamook Coast to-do list.

For ride prices and times, Oregon Beach Rides can be reached at 971.237.6653 or www.oregonbeachrides.com 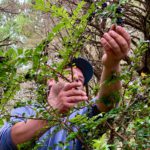 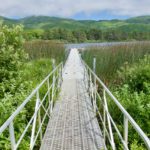 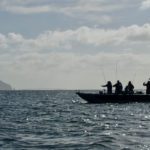 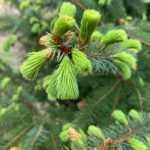