For over 100 years, dory boats have gone to sea in Pacific City. The dory’s origins came from the surf dories and Nestucca River gill net boats that sold their fish to the salmon cannery established in 1887 near the mouth of the river. 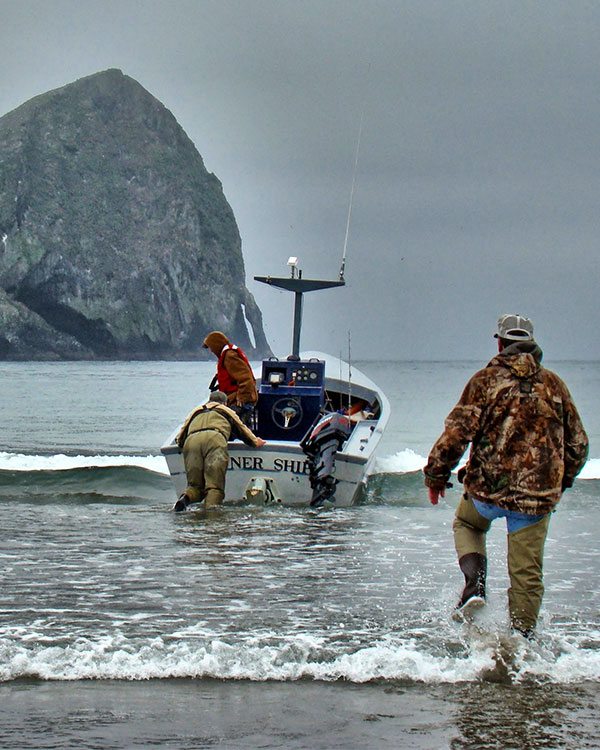 The modern Pacific City dory is open hulled and flat bottomed. The dory is first rowed into the surf until it is deep enough to drop the outboard. Pacific City dories fish the waters for Chinook and Coho salmon, Dungeness crab, Albacore tuna and rock fish.

Traditional dories have been used for hundreds of years, not just in the Northwest but across North America. They were designed to carry thousands of pounds of wet fish and have been known, historically, for their sturdy design—allowing them to carry a heavy load for their relatively modest size, without capsizing.

Over the years, Dorymen have earned a reputation as particularly skilled seamen, capable of handling these special boats. One of the limitations of the dory is that it is less stable the emptier it is. It takes an experienced sailor to prevent tipping until a load of fish or passengers stabilizes the boat. Dorymen know how to balance the center of gravity in the empty boat, and how to manage if the boat takes on water or comes up against particularly rough waves.

Dorymen are first responders to calls of distress at sea

The dory fleet is renowned for its impressive safety record. Dorymen are often first responders to calls of distress at sea. Since the late 1800s, only six known dorymen have ever lost their lives at sea.

What it means to be part of the club

Today, the Pacific City Dorymen’s Association (PCDA) is an active nonprofit in Oregon’s coastal community. For 20 years, this organization has been dedicated to protecting public access to the Cape Kiwanda beach for dory boats, while upholding practices and supporting laws that preserve the environment and promote boating safety. 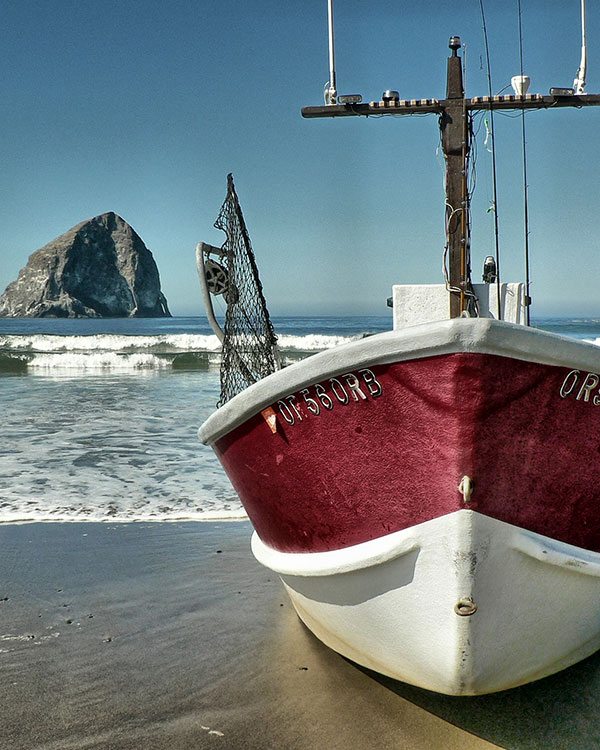 As Pacific City’s economy has thrived from its dory fleet, they celebrate each year with a tribute to the fleet. The party generally takes place during the month of July, and every year there is a theme. The dory owners incorporate the theme when decorating their boats for the annual Dory Days Parade.

It starts at Bob Straub State Park and finishes in downtown Pacific City.

This fun celebration is steeped in rich tradition—it’s been taking place every year since 1959! Hosted today by the Pacific City-Nestucca Valley Chamber of Commerce and the Pacific City Dorymen’s Association, the event is a lively community-building staple on the Oregon Coast.

Participants try to make their dory boat look the best for the chance of winning a prize for the best decorated dory. In addition to the fancifully decorated dory boat fleet, there are marching bands, parade floats, livestock, and antique cars to round out the parade.

And the parade is just the beginning: it kicks off a fun weekend-long affair. The multi-day festival includes games and other activities for kids, live music and a communal fish fry.

The celebration includes the Blessing of the Fleet, where local clergymen bless both new and old dory boats for safety at sea, and offer prayers for all the dorymen.

Top 5 Father’s Day Adventures If you want a father’s day gift that is as...

Tillamook is full of seafood you can catch yourself!