50 Years of Sand and Surf for Everyone

In 1967, our state made a commitment to the public with the Oregon Beach Bill. This year marks the 50th anniversary of the legislation, which makes free beach access a shore thing.

Governor Tom McCall signed the final legislation on July 6, 1967. Its passage ended a long battle between public and private interests.

This sand is your sand: public support was a major factor in the bill’s success. Many were moved by the threat of restrictions to beach usage and championed the effort to save the coast.

Today, the state leaves long stretches of coastal land for public recreational use. Oregon’s people and their leaders have made sure our laws keep the beaches clean and accessible.

This law makes our state unique. It means anyone who comes to the coast can enjoy miles of sand without having to pay or patronize beachfront hotels or restaurants. And unlike neighbors Washington and California—as well as states on the East Coast—most land along our shore is protected for public use—so visitors can’t be shooed off with ‘No Trespassing’ signs.

Read more about the history of the bill 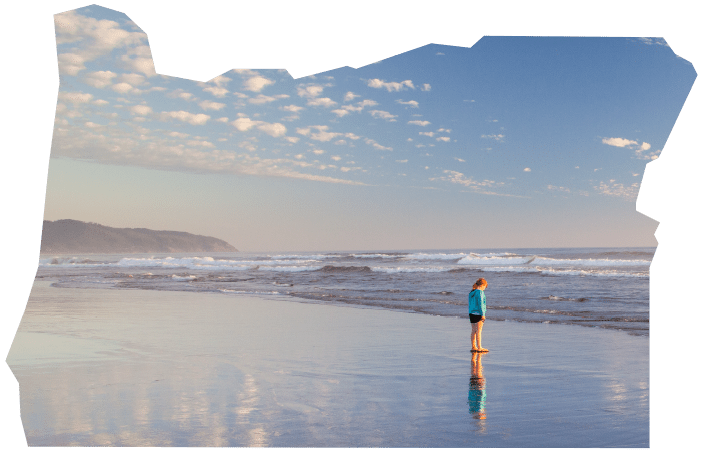 How to Celebrate the Beaches’ Golden Anniversary

Get out there and exercise your sandy freedom…

Take a walk. The North Coast Land Conservancy is sponsoring a special 3-day hiking extravaganza. Get an awesome tour of the Tillamook Coast and walk off your fresh seafood feasts. Join the CoastWalk.

Celebrate good tides. Pick a beach and throw your own bash. Seek out sand dollars, cool off in the water, catch some clams for dinner—and roast marshmallows while you watch the sunset.

Get to know nature. Visit Oswald West State Park (learn more about its namesake, below!) for fun hikes and stunning views. Walking not your thing? Hitch a ride through the countryside on the Oregon Coast Scenic Railroad, which lets you stop, shop and explore.

Watch how the beach was won.

Celebrate Oregon's Beach Bill, making the coastline open to all

Learn How We Made Sure the Coast is Clear

A Timeline of State Conservation Efforts

Fred the Freak Leads a Charge 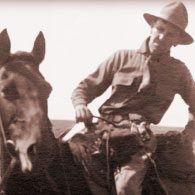 Governor Oswald West was the type of public figure who really knew the value of his region’s natural beauty: his adventurous spirit saw him regularly riding long stretches of the beach on his trusty horse, Fred the Freak. People remember the duo fondly today—the North Coast Land Conservancy has even made them mascots of the CoastWalk!

West was the first politician to formally prioritize keeping the coast for the public: he declared the tidelands spanning the length of Oregon a protected state highway, setting an important tone for the future of public beach access.

“In the administration of this God-given trust, a broad protective policy should be declared and maintained. No local selfish interest should be permitted, through politics or otherwise, to destroy or even impair this great birthright of our people.”
– Oswald West, Former Oregon Governor 1911-1915

Tom McCall: Rebel with a Cause 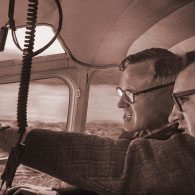 Tom McCall was born in 1913—the same year that Oswald West created the first major protection of public beach access. Fifty years later, McCall had risen to prominence as the Oregon state governor and was faced with defending those protections. West’s bill, it turned out, had a major flaw—the law only protected the wet sands (between the high and low tide lines), technically leaving miles of beachfront property at the mercy of private owners. And some of those property holders wanted to restrict public access for their own benefit.

Governor McCall made public beaches his mission. He leveraged media influence (McCall had been a journalist before entering politics) to stir public interest, taking a group of scientists and reporters to examine the coastline along five different beaches. Coverage of the trek rallied public support and helped McCall lobby successfully for the Oregon Beach Bill. 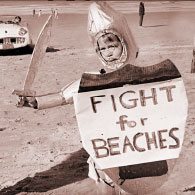 It may seem like a no-brainer to keep beaches open for public use, but fifty years ago, the issue stirred controversy. When a hotel owner sectioned off part of the beach and made the area exclusively available to his guests—he used logs to build a barrier and put up signs to keep people out—it sparked immediate debate, raising numerous legal questions about the rights of beachfront property holders.

When beach visitors complained about the motel’s exclusive section, the campaign for the Beach Bill began. Without the feud, the state may never have looked into the existing law to discover the “loophole” there. And our coastline might look very different today!

Motion for the Ocean 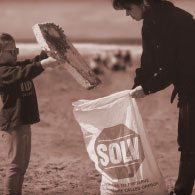 The Beach Bill ensures that some of the world’s most beautiful beaches are here for anyone to enjoy. But that doesn’t stop with simply access. We owe so much to the continued work Oregonians do to keep the coastline pristine.

The rising tide of ecological activism flows back to Governor Tom McCall. In 1969, he started an initiative dubbed S.O.L.V. (Stop Oregon Litter and Vandalism)—today, that group has blossomed into SOLVE, a nonprofit that coordinates volunteers, businesses and conservation groups to maintain Oregon’s natural areas. SOLVE mobilizes volunteers twice a year for a massive (and massively famous) beach cleanup: about 7,000 participants pick up litter and debris that pollute the water and endanger wildlife. 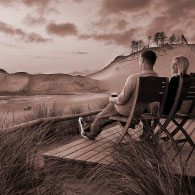 There’s nothing wrong with simply relaxing in the sun (as long as you don’t forget your SPF 30), but if you’re looking for a more active way to enjoy the coast, Tillamook has you covered. Go horseback riding on the beach with Green Acres or Oregon Beach Rides. Family-friendly camping is available at several locations within the county, giving you easy access to the water and nature walks. And don’t miss out on an exciting climb—at Cape Kiwanda, you can hike up the iconic sand dune for a spectacular view of Haystack Rock. 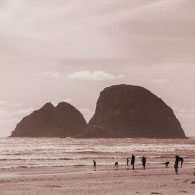 The legacy of this law is free and ready access to a beautiful, protected natural area. The Northwest has cultivated recent fame as a sanctuary for nature-lovers, the lumberjack-inclined and survival enthusiasts. While perhaps not all the stereotypes fit, there’s certainly a distinct culture in our region that values the simple joys of the outdoors—surely tied to the open availability of these spaces throughout the state.

The feeling of connection to our environment and to our heritage makes this a unique place. And it will continue to inspire Oregonians (and visitors!) to stay close to nature and to protect it, just as West and McCall and countless others have done.

Get Yourself a Visitor Guide

There are more adventures to be had on the Tillamook coast. Sign up to receive a free guide that will help you plan a memorable excursion to our beautiful slice of Oregon’s coast. 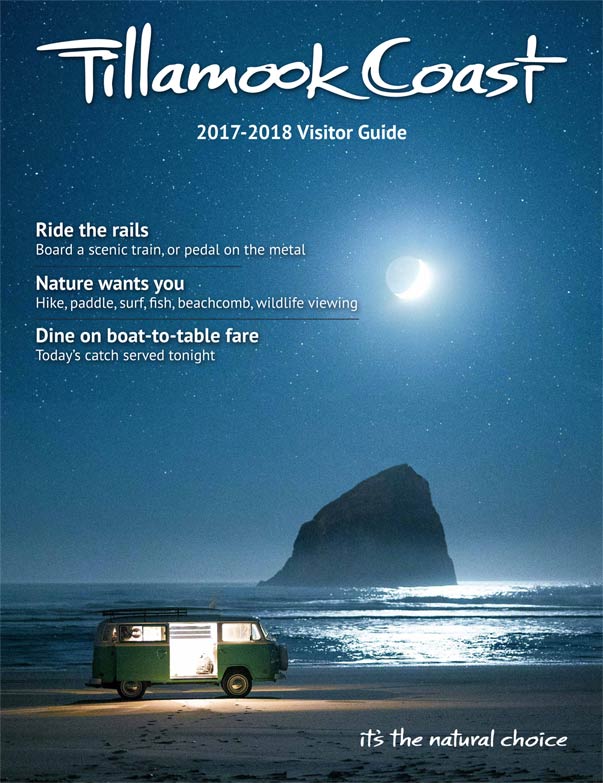 Where should we mail it?

Please allow 2-3 weeks for shipping. Double check your mailing address before submitting; the quality of your future travel plans could depend on it.