Oregon’s beaches are popular year-round destinations, but in Clatsop County there’s a famous sandy stretch that turns into Clam Heaven for thousands of people who dig their suppers from the sea.

As springtime moves into high gear, the best low tides of the season bring a bounty of seafood close at hand.

Local resident, Steve Fick, likes to say, “When the tide goes out, the dinner table is set — with razor clams!”

Fick grew up in Astoria and he really digs this recreation:

“Oh, Grant, there are clams galore this season – one of the best, most plentiful clam ‘sets’ in recent history. The biologists say the harvest could exceed one million clams. Wow, huh?”

That much is certain, but if you’ve never dug this sport – how do you get started?

Fick handed me a “clam gun;” the tool of choice for beginners learning the ropes of clam digging. 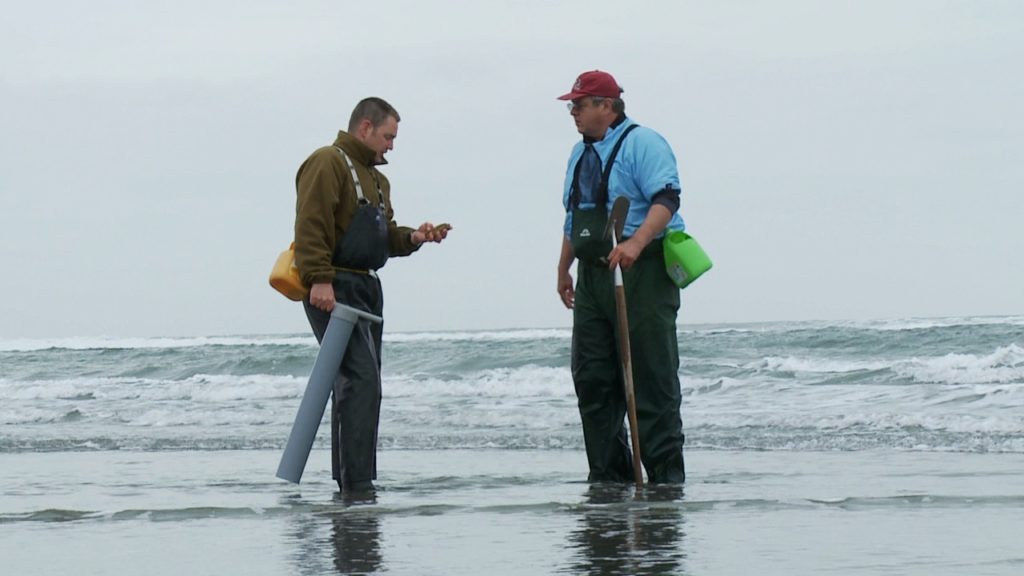 It was a hard plastic tube, with a covered top that has a handle built into it, plus there is a small hole on the top so that the tube acts like a siphon.

You press the tube or “gun” down into the soft sand up to three feet deep, and then place your thumb over the hole, lift and pull the tube full of sand – and hopefully, the razor clam – back up to the surface.

He pointed to a small, quarter-sized dimple in the sandy surface.

“The clam’s neck is just under that dimple. It’s a giveaway sign that there’s a clam down there. Go for it!”

And so I did – the tube easily slid down its length, I covered the hole and lifted the heavy tube full of sand that held a dandy four-inch long razor clam.

It was slick and it was easy! In fact, so easy that anyone can do it!

Each spring, more than 800,000 razor clams are harvested off 18 miles of shoreline between Seaside and the Columbia River. 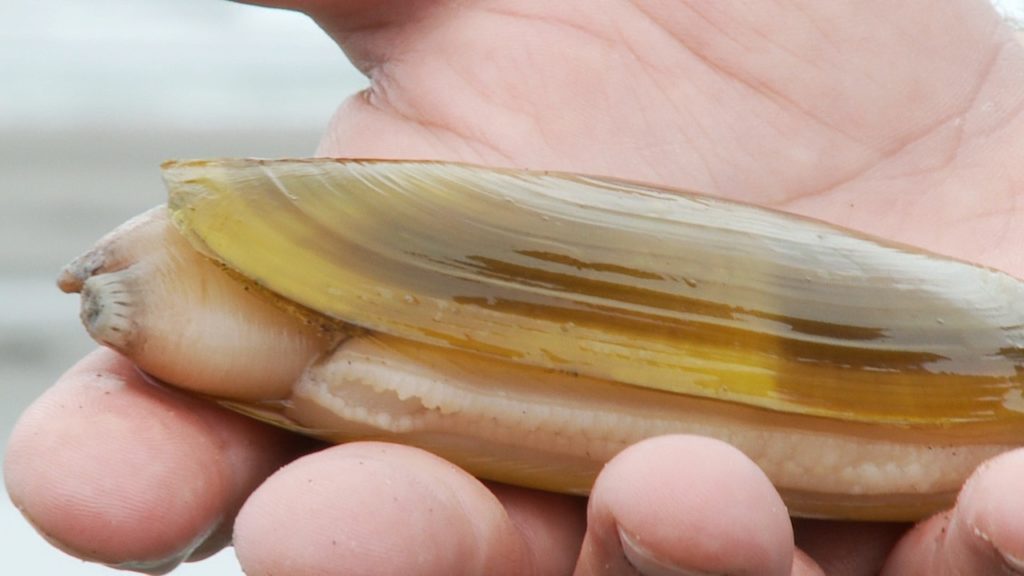 Near the Peter Iredale Shipwreck at Ft. Steven’s State Park, Paul Watt said that one man’s recreation is actually his “research.”

“I love coming out here on a minus low tide to dig on the sand bars that are revealed – it’s really good clamming when that happens.”

Watt doesn’t mind wading knee deep through chilly saltwater so he can try out his latest “clam gun” model that takes the strain out of the sport.

You see, Watt designs and builds the popular tools that many folks use to catch their supper from the sea

“Clam digging is really addicting,” said Watt. “You never know if it’ll be a big one or a little one – it’s just a lot of fun and I love it!” 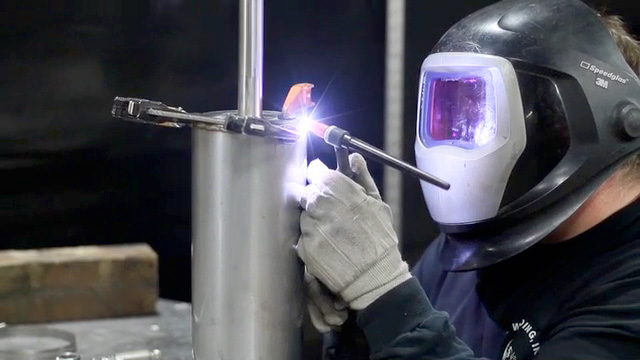 Paul Watt is a structural engineer by education and a welder by trade, but the life-long “coastie” has earned a nickname over the past three decades: “King of the Clam Guns” for the innovative clam guns that he creates inside his Bay City, Oregon welding shop.

He cuts out the parts, shapes the tubes and attaches the handles, but he doesn’t use plastic or aluminum – rather, Watt prefers stainless steel:

“The stainless is very thin and yet it’s strong enough to stand up to the pushing and pulling through thick sand. Plus, it’s really a slick metal so it goes into the sand easier.”

And if you’re a clam digger, “easier” equals more efficient use of your energy as you lift out several pounds of sand with each pull of the clam gun.

Watt has added a new feature to his clam gun that really takes the strain out of the sport.

Near the bottom of the gun, Watt has added a tiny release valve that’s made the sport easier than ever:

“You’re in the water digging and the tiny valve breaks the vacuum that is created when you push the gun down. So when you pull it up, the valve opens and releases the sand vacuum and it’s easier to pull.”

Diggers have long complained that clam gun sand vacuum slows them down and leads to sore backs as they struggle to lift the sand-filled guns – Watt said, “not anymore!”

He’s even built a child’s model, so youngsters can easily dig a limit too. 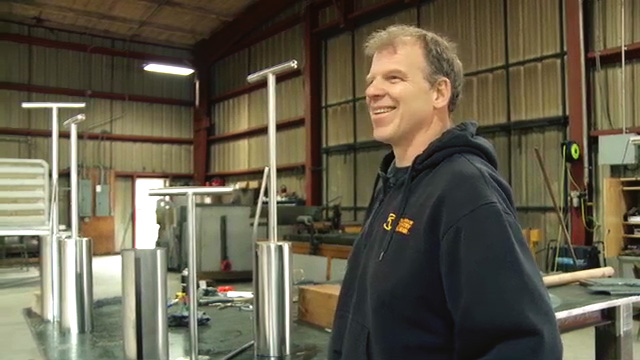 If you decide to go – know that a shellfish license is required – you must dig your own clams and must keep the first 15 in your own container.

Oh – and what does Paul like to do with all those daily limits of delicious razor clams: “We broil ‘em in the oven. Put a little breading on each and the flavor stays —just five minutes or less under the broiler and they are perfect.”

Paul’s recipe is absolutely delicious and provides a fine way to round out the day’s adventure.

You should know that good clamming tides are slated for June, so if you choose to go, check your tide table and plan your visit at least two hours before the low tide.

Oregon Department of Fish and Wildlife manages the clam resource and there are important rules and regulations to note:

A state shellfish license is required for clam diggers fourteen and older.

Each clam digger must dig their own limit of 15 razor clams and you cannot put any back.

Remember: even if you break a shell or dig a small clam, the first 15 that you dig you must keep.