Tillamook County is often called, “The land of cheese, trees and ocean breeze!”

But that popular saying may need to change, for the fact is Tillamook County offers many opportunities to see varied agri-tourism in action!

For example, visitors to Wilsonview Dairy can see where their food comes from and meet the people who provide a healthy product.

Dairy farmer, Desi Josi, recently said that they encourage tours of the family farm: “I think it is very important that we reach all of the people who buy our product. They learn that it’s hard work that occurs 24 hours a day, seven days a week. We invite people to come share our life with us.”

Then there’s the Nevor Shellfish Farm on Netarts Bay that’s home to Oregon’s only native oyster called Olympia. Once thought extinct, the silver dollar-sized native shellfish are making a comeback. You can visit, sample, and learn more.

And then the family-owned DeNoble Organic Farm is producing the state’s largest crop of delicious fresh artichokes that are ripe and ready right now at a farm stand just off Wilson River Loop Road. You can visit anytime!

Speaking of farm stands, when it’s time to wander south of Tillamook, fields of dahlia flowers and a barn-sized painting along the Oregon coast may catch your eye and then capture your heart when you stop in and visit Oregon’s Dahlia Man.

Traffic speeds past at a shattering pace on coastal highway 101, seven miles south of Tillamook. Slow down and poke around and take a gander at the remarkable Old House Dahlias where colorful bursts are prime right now. 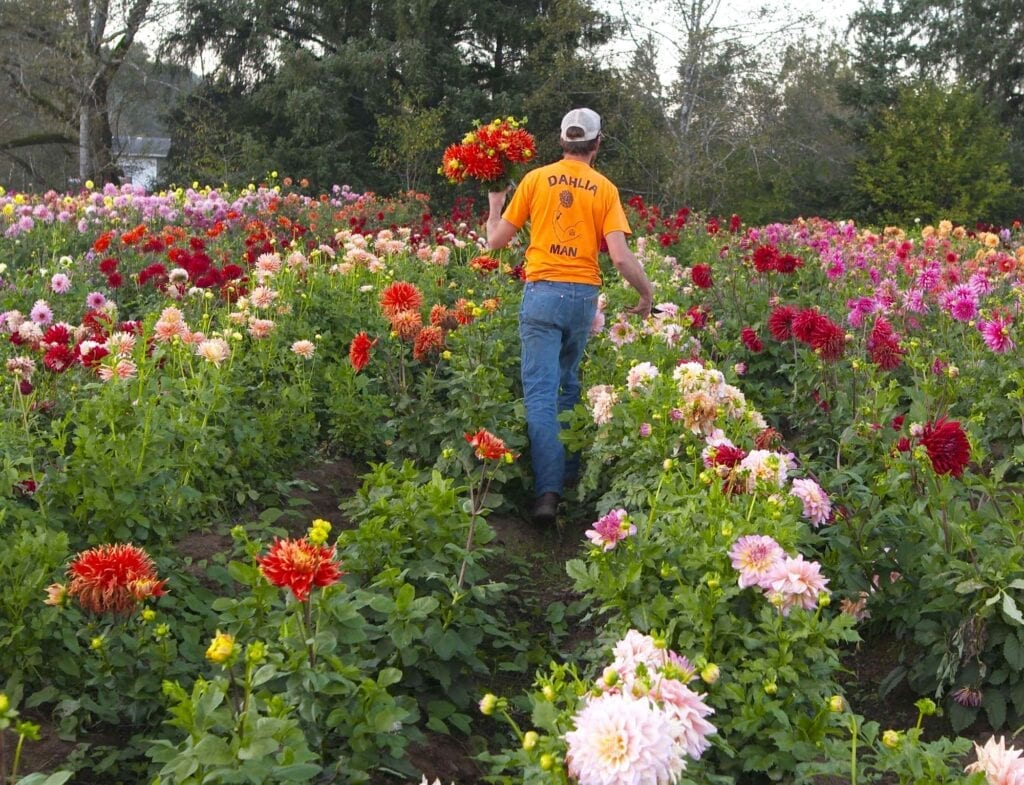 Owner, Mark Harvey, aka, Dahlia Man, is often found in his fields, cutting flowers or weeding the rows between his prized blooms. Harvey said the farm’s rich loamy soil coupled with abundant morning moisture make for a colorful harvest across his 14 acres each summer and fall.

“A number of years ago – maybe twenty or so,” said Harvey, “I bought some dahlias to make some extra money. At that time, I planted them in my SE Portland yard but I was making just five dollars a day. Well, I soon realized that wasn’t going to cut it, so I started growing the dahlia tubers for sale. I bought a cooler and started leasing more and more land here in Tillamook County. I just kept after it and growing it.”

Now, it’s dahlias as far as the eye can see across the Dahlia Man’s property, where the close-up views to his dahlias really get the twice over. They sport names like Sizzle, BJ’s Rival, Bryan Ray, Xmas Star, and Mengum Singles.

The list grows on and on – now more than 200 varieties strong – across Old House Dahlias fertile farm fields.

“I love the fact I can grow such beautiful flowers. It’s the moisture laden marine layer and it’s cooler here, so I get better quality colorful blooms that don’t fade out.”

Harvey grows dahlias for Portland grocery store markets but you can stop in, pick up a bunch and drop in the dough in an antique mail box where the honor system works just fine. 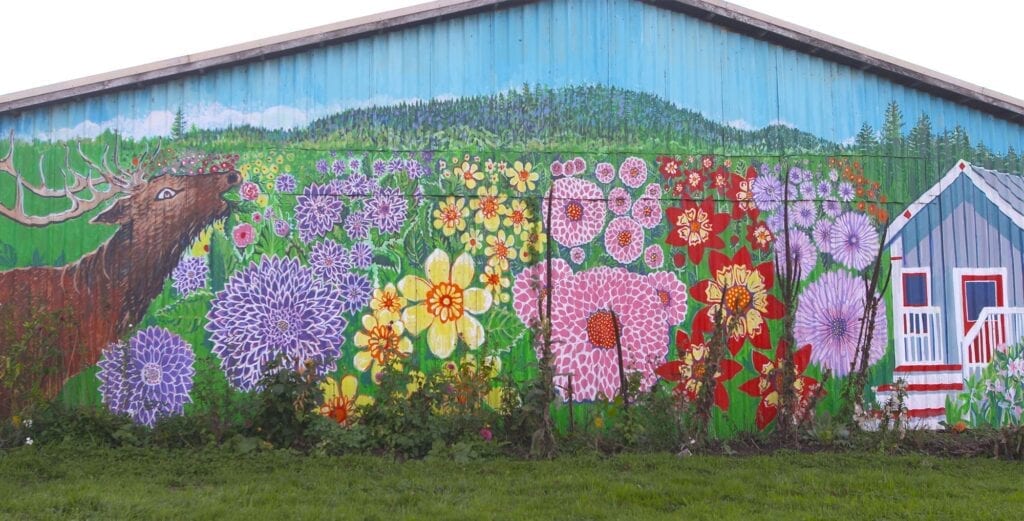 Nearby, is the Old Dahlia House showstopper: a painting of Mark’s old house on a barn-sized mural amid dahlias galore, plus a Where’s Waldo kind of moment.

You see, you must look hard for Mark in the huge barn-sized painting that local artist, Hellen Hill, painted for Mark. If you look hard, you will find him – with – of all things, a flashlight in his hand.

“Well,” he explained, “We have elk here! Sometimes, as many as 30 in a herd. They come in at night, so I’ve gotta get out there at 2:30 in the morning most summer nights to make sure they are not eating my flowers. Elk love dahlias – to eat.” 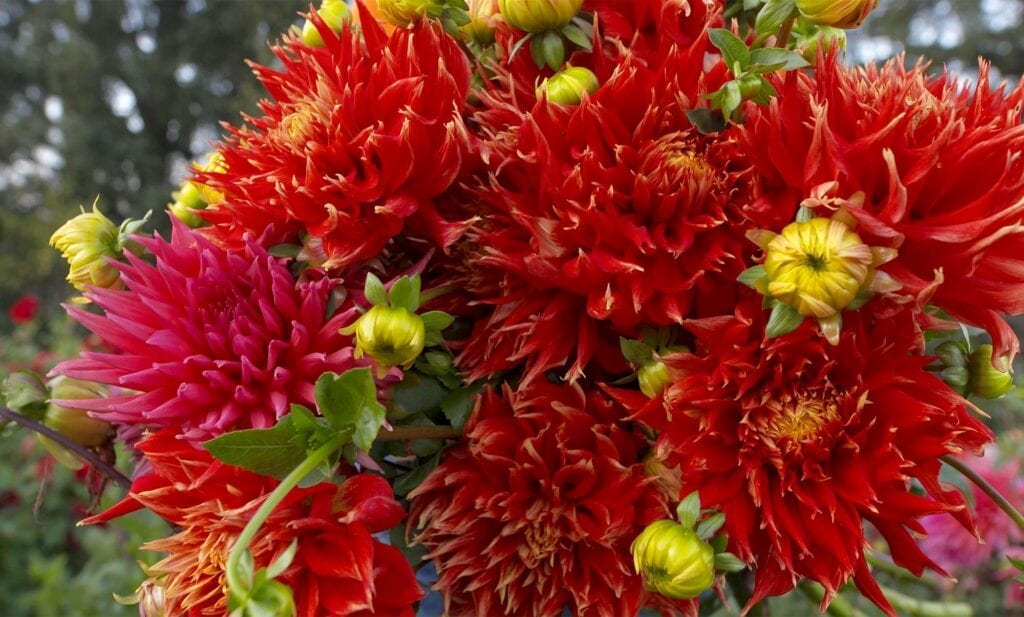 The fields, the dahlias, the massive painting and the coastal setting add up to a marvelous bit of magical whimsy that is well worth your time for a visit.

Harvey adds the season is just hitting its stride: “That’s the great thing about dahlias; they don’t really stop and will grow all the way through October, and if we don’t see frost, will grow well into November. In fact, your Thanksgiving dining room table could very well offer a dahlia centerpiece. That’s what makes them so cool!”