A clear sky plus brilliant sunshine add up to a March surprise along the Oregon coast. It was a perfect time to dive into new adventure on the quiet side of coastal life with Kayak Tillamook’s lead guide, Paul Peterson.

Peterson has been a skipper aboard large fishing boats from Oregon to Alaska, but these days he shows newcomers the perfect paddle strokes that will keep them safe.

His lesson demonstrated the forward paddle stroke during a land based prep session: “So in it goes,” said Peterson, as he reached forward with the paddle, “and then it’s a push-pull move inside that imaginary strike zone of baseball.”

Our small troop of paddlers prepped for a trip on Netarts Bay, a small Tillamook County estuary.

Marc Hinz, co-owner of Kayak Tillamook, said that the business grew out of a college class and noted that that kayaking tours “just happened” because he was in the right place at the right time and owned the right passion for water.

Kayak Tillamook has grown to fill a recreation niche that was missing in the Tillamook coastal communities.

“You need to know nothing about kayaking because the majority of our tours are built for beginners,” said Hinz. “If you have ever paddled a canoe, this kayak has similar stability; it’s a bit wider and more stable than ocean-going kayaks too.”

Once the half hour shore-based session wrapped up, we dropped in at near-ebb tide at the Netarts Bay public marina to enjoy a winter’s day that was too nice to believe. 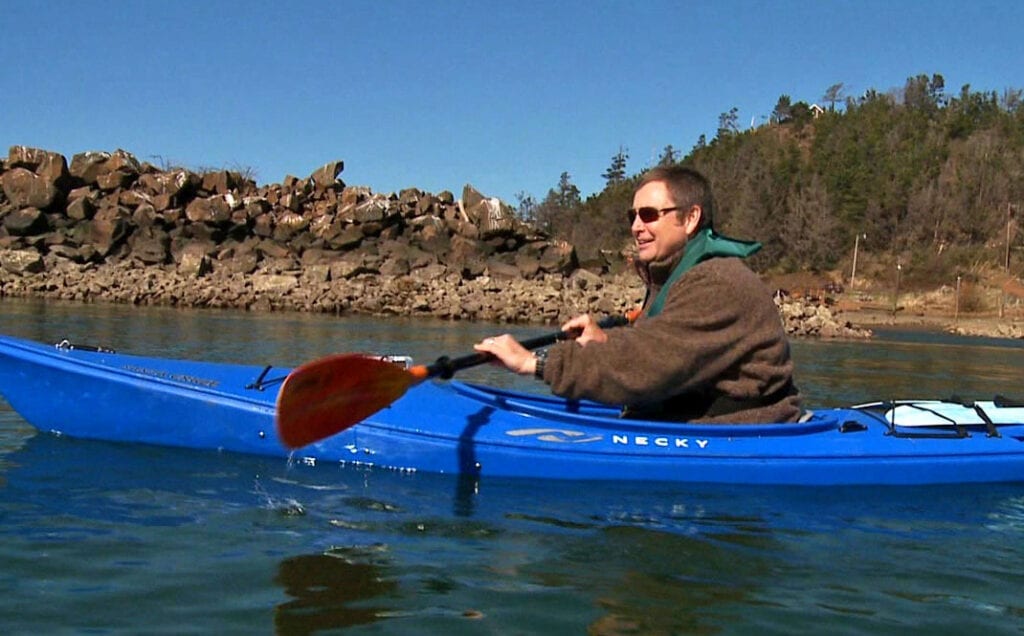 Tucked into the comfortable and stable kayak, I followed Peterson and Hinz’s lessons and soon became the master of my boat and my fate.

Peterson shepherded us along the edge of the bay, (the beauty of the craft is that it can float and maneuver in just inches of water) at ebb tide.

He carried proper gear that included a VHF radio and a first-aid kit, and he kept us a safe distance away from the estuary’s rough bar.

It is critical for newcomers to join experienced professionals like Peterson who know the water well. Water conditions can change in a heartbeat and inexperienced boaters can get into unexpected trouble.

At 2700 acres, Netarts Bay is relatively small in size with no major rivers, but several small creeks that feed into it. 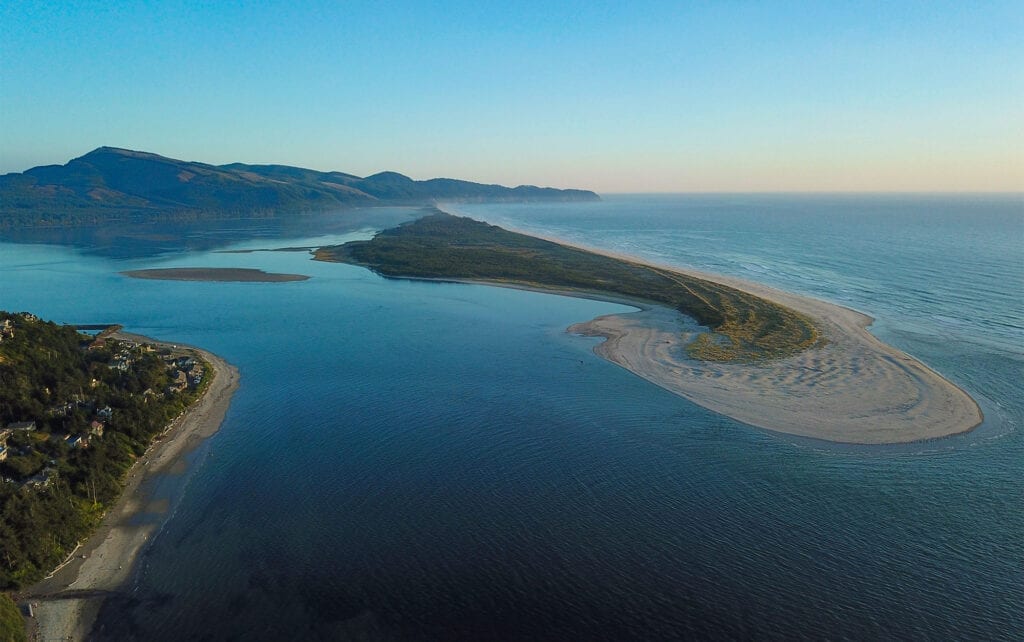 Peterson and Hinz agreed that the bay’s water quality is largely due to its remoteness, small size and more:

“There is no industry on this bay,” noted Peterson. “So, there’s nothing polluting it and it’s all natural. In the wintertime when we have the heavy run-off you’ll see some turbidity, but primarily it’s a clean bay.

“Netarts Bay is one of the most pristine bays on the Oregon,” added Hinz.  It is shallow throughout, no more than 15-feet deep and the water is so clear you can see right to the bottom. You may see Dungeness crabs crawling across the bottom of the bay, so visibility makes this a nice waterway to paddle and it is a very popular clamming destination too.” 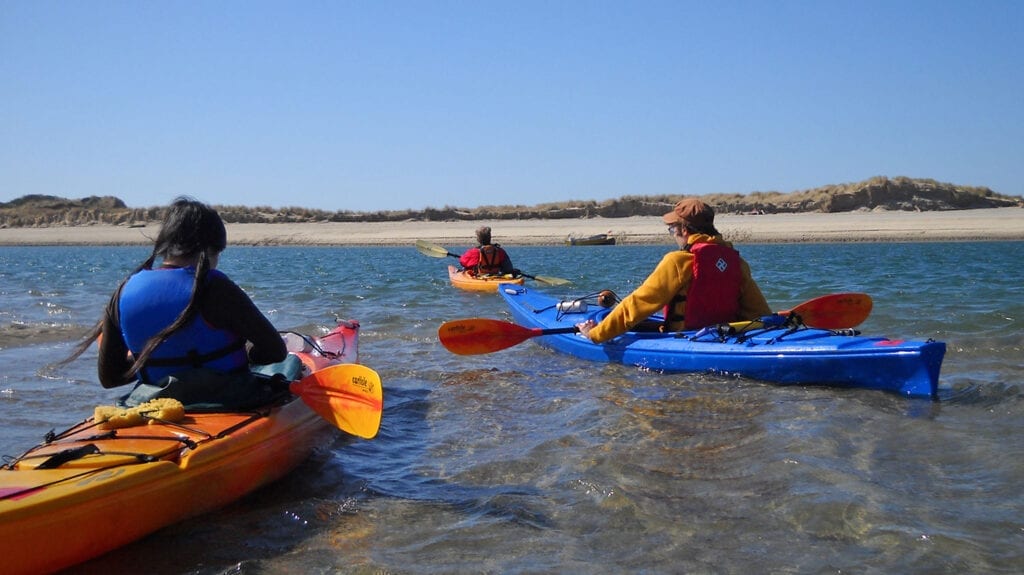 Mila Le and John Vella traveled from their Portland home to join us for a day of paddling on Netarts Bay.

It was just the second time each had tried kayaking recreation. Yet, each felt right at home in the cozy confines of their boats.

“I think most anyone can do it,” said Vella. “It’s amazing how easy and comfortable it feels. It’s pretty natural – as long as you remain calm when the little waves come up and splash you.”

Mila agreed that the wet suited her just fine too: “It’s about as close as you can get to the water without being in the water. It also feels really different from a typical motorboat where you are perched up and looking down into the water. In a kayak you’re so much closer to the water and I like that closeness.”

Kayak Tillamook’s tours reach from the Columbia River near Astoria to Lincoln County’s varied lakes and ponds, so there are hundreds of miles of water to explore.

“That all adds up to hundreds and hundreds of square miles of flat-water paddling opportunities,” noted Hinz. “Most of which are tidal influenced – but we also have lakes – freshwater lakes and intimate little sloughs that wander up into coastal forests – there’s a lot for us to see and do in a kayak.”

Le and Vella agreed that Netarts Bay is a special place and kayaking offers intimate moments where nature’s touch restores the soul:

“The mountains, the water – you can even hear the ocean in the distance,” noted Vella. “There’s so much variety and we’re so fortunate to be able to enjoy all of this anytime because it is so close to Portland.”