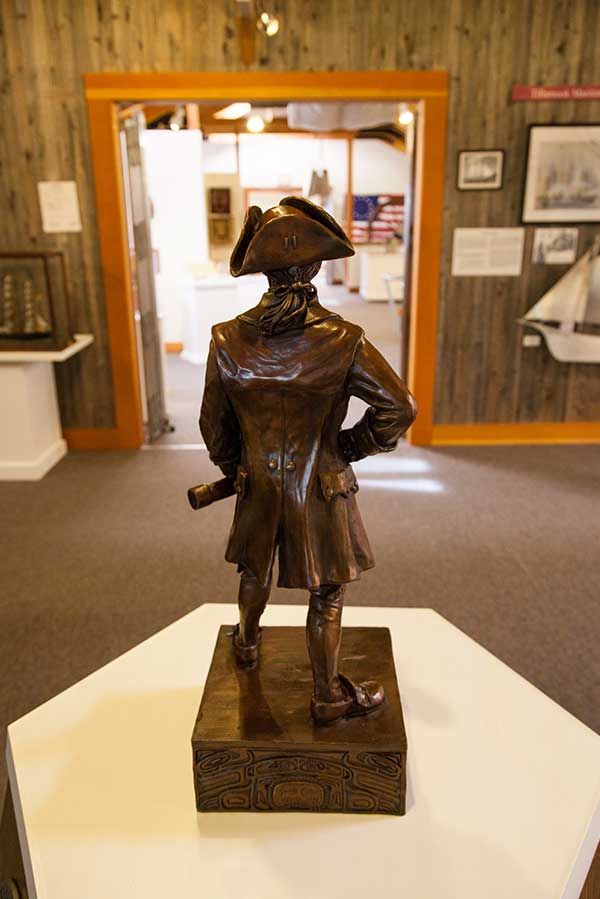 The fascinating history of the 18th century sailing world is recounted through the story of Captain Robert Gray and the trade he established with native Elim and other Salish Indians of the Pacific Northwest.

Come see the models of the Columbia Redivia and the Lady Washington. Be amazed at the eight foot tall reproduction of the Columbia Rediviva’s figurehead and the model showing how this ship was provisioned for the long sea voyage, and the apparel of what the 18th century seafarers would have worn, and the musical instruments they would have played.

A replica “Jolly Boat” is in the works

There is also a replica in the works on a “Jolly Boat” which was used in the trade industry for transport in-between the large seafaring ships. Please be sure and check out the unique history of the City of Garibaldi which includes interesting pictures and memorabilia from the turn of the Century.

Beyond the tasty cheeses, ocean-scented breezes and stately evergreens, I discovered a quintet of other...

Like stepping into a history book, spend an afternoon at the Tillamook County Pioneer Museum

Like a beacon as you enter into the area on Highway Six, this Tillamook Coast...

The Oregon Coast is a living, breathing history class. On any trailhead or beach, it’s...

Experience the beautiful Tillamook Coast in a way like no other: riding an historic steam...

Have you learned about the treasure allegedly buried on Neahkahnie Mountain? Or have you heard...

For over 100 years, dory boats have gone to sea in Pacific City. The dory’s...

Fishing Charters on the Oregon Coast

Tillamook County’s coastal waters and bays are teeming with fish, some with salmon weighing upwards...