Nature lovers, treasure hunters and history buffs will all get their fill hiking the impressive Neahkahnie Mountain. Named by Native Americans, the mountain means “place of supreme deity” because they believed the view was fit for the gods. And it really is the spectacularly dramatic views that give this hike its notoriety. The mountain is one of two prominent headlands within beautiful Oswald West State Park.

Two trails from which to choose

Neahkahnie Mountain juts 1,600 feet above the beach, and either of two trails will give you a breathtaking view of the crescent beach that forms along Manzanita below, the sprawling Nehalem River estuary, and the tree-capped peaks that surround the Tillamook Coast. The shorter trail, a three mile round trip, features an elevation gain of 900 feet; the longer, more intense trail, measures 5.1 miles one way, including a 1,000-foot elevation gain.

View the coastline from the top on a sunny day

Steep switchbacks lead up through meadows, and moss-covered trees provide ample shading on your way to the summit. What sets Neahkahnie Mountain apart from other hikes along the Oregon Coast isn’t its height or strenuous climb to the top, but its signature view to which no photograph can do justice. It’s best on a clear sunny day when you can see the coastline stretch for miles before you.

Legend has it that gold is buried somewhere between the base of the mountain and the top, carried ashore from a shipwrecked Spanish galleon. While many versions of the tale have been told over the years, the most popular involves a group of sailors carrying a chest up the hillside, digging a hole and lowering it.

Dating back to the mid-1800s, the story continues with one of the sailors plunging his sword into one of the men and throwing the dead body on top of the treasure. This far-fetched folklore was the subject of a 2006 movie, The Tillamook Treasure, also known as The Legend of Tillamook’s Gold, and while neither the treasure nor any reliable evidence of it has ever been reported found. 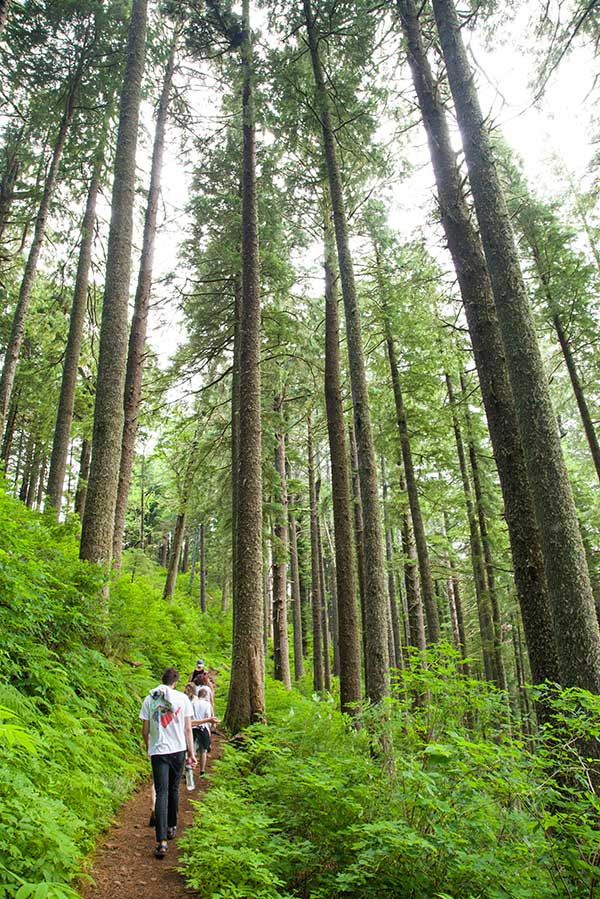 The segment of Oregon Coast Range that occupies Tillamook County is home to a broad...

Neahkahnie Tavern: A most sad and interesting story

Some buildings carry on a life of their own, even after they are long gone....

Birds of Tillamook Coast: Migrating on an East Wind

Between mid-August and early November, the Oregon Coast gets a few scattered days with an...

Bike riding on the Oregon Coast is a favorite activity for locals as well as...

Sweeping ocean views, rare birds in flight, mountains that stretch for the sky: experience it...