Tillamook Association for the Performing Arts

For over 30 years, TAPA has provided high-quality entertainment to the Tillamook Coast. Through arts education, a diverse run of shows and performance workshops, the company continues to captivate and delight the community. 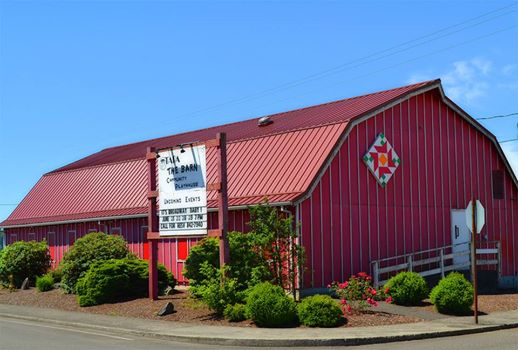 With a mix of comedies, musicals, newer plays and timeless classics, TAPA is known for offering a great season of theater, year after year.

In 2018-19, theater-goers can enjoy a December holiday special: Christmas Surprise, an evening of musical and dance performance. Then, TAPA will mount Beer for Breakfast (what critics call a “masterpiece of modern silliness”) in February 2019, followed by the 1960s classic Who’s Afraid of Virginia Woolf later in the spring. Through the summer and fall, catch The Odd Couple (the play on which the TV show is based) and Arsenic and Old Lace, a farcical black comedy that’s been revived for audiences many times over in the last 70 years.

During the summer, community members can sign kids up for the children’s theater program. Students in the camp attend a variety of drama classes and work on preparing a final show, performed at the end of the season.

After years of mounting plays in varied locations around the region, TAPA moved into its current home in 2002. The company purchased the building that housed the Barn Tavern just off Highway 101 in Tillamook—and spent countless hours converting the space to a beautiful theater.

The time and work was more than worthwhile: since purchasing the Barn Community Playhouse building, more than seventy productions have been performed there, along with acting classes and the annual children’s acting workshop every summer. With renewed community enthusiasm, TAPA has seen attendance, auditions, and volunteer numbers grow.

Learn more about Tillamook Association for the Performing Arts

Founded in 1884 by pioneer settlers, Cloverdale is a dairy farming village that originally included...

From military base to campsite Today, few traces remain of Mt. Hebo’s days as a...

The Tillamook Coast is home to more than 300 artists who make their living writing,...

Have you learned about the treasure allegedly buried on Neahkahnie Mountain? Or have you heard...

The volunteers at the Hoffman Center for The Arts’ clay program will help you find...

The Adventures of Paul Hughes

Professional photographer and Manzanita resident Paul Hughes has captured a bit of the world with...

Scraps of wood, house paint: rubbish to most people. But, when Eric Sappington turns on...

Get a warm welcome from Women’s Club of Manzanita

The motto of the Women’s Club of Manzanita is simple: “Women helping women of all...

The Mudd Nick Foundation has become synonymous with altruism along the Tillamook Coast. As an...

Billy Joel once opined that “musicians want to be the loud voice for so many...

Hoffman Center for the Arts

Located right at the heart of Manzanita, the Hoffman Center was established in 2004 to...

Sitka Center for Art and Ecology

Expanding the relationships between art, nature and humanity, the Sitka Center for Art and Ecology...